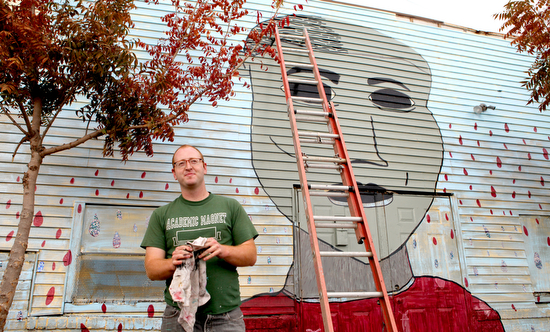 Artist Devin Meyers' works on a mural at 4609 Freret Street, the old Jefferson's restaurant, on Saturday during the Freret Market. Meyers has worked on the mural about 40 hours so far and still has a few more days of painting until it is complete. The mural is based on a photograph that Meyers took in West Africa that has stuck with him. "I would like there to be more murals in New Orleans and this was a good opportunity to put one up." (Sabree Hill, UptownMessenger.com)

Article by Patrick Rafferty, for UptownMessenger.com

With po-boys, pizza, hamburgers, Southern cuisine and sushi now on the Freret Street menu, the owners of two new ventures believe it’s time for dessert, or even a late-night snack.

Pure Cake is a specialty bakery offering cakepops, mini-cakes and custom cakes that business partners Danielle Ross and Monique Landaiche plan to open in January. Like many of their neighbors, Pure Cake aims to provide unique products with superior quality.

“At Pure Cake, we make all of our products from scratch,” Ross said. “We have several unique, New Orleans-inspired cake flavors on our menu, including Banana’s Foster and ‘Bread’ Pudding.”

“We have pizza bagels, egg bagels, and even desert bagels topped with fruit,” Mintzer said. “I believe anybody who grew up eating bagels will be pleasantly surprised. Bagels for dinner may seem unconventional, but at The Alamo Underground, we like to break social norms.”

The original Alamo Underground was located in Mid-City, but after a roof collapse and troubles with zoning for the site, Mintzer and original owner Gabrielle Reisman knew Freret would be just the place to take their idea to the next level.

In the past five years, Freret Street has become a haven for young entrepreneurs looking to gain an advantage over their competitors. This has been especially true for restaurants, which have taken advantage of initiatives to attract up and coming businesses that include the creation of a post-Katrina organization, called The New Freret Business and Property Owners Association, as well as an Arts and Cultural Overlay, which aims to sustain established and promote new arts and cultural uses.

The association, which is open to any business or property owners on the Freret Street corridor, was created to provide a clean corridor in the eight-block stretch between Jefferson Avenue and Napoleon Avenue, enhance safety, and encourage investment on the street. Kellie Grengs, who is on the executive board for The New Freret, says that these measures seem to be working. There are currently 63 businesses in the corridor that belong to The New Freret, along with several other businesses that are not members. This is a dramatic change from just 15 years ago, when Freret Street was consumed by blighted properties and crime.

“The New Freret business association is great and helpful,” Mintzer said. “They really care about redevelopment on Freret Street and strive to keep the street local.”

Dat Dog manager Michael Krajicek said The New Freret has been integral in creating a community on the corridor, one of the reasons for Dat Dog’s success.

“The community is really important,” Krajicek said. “Everyone is feeding off of the energy and the buzz and really contributing to the overall effort. It’s a positive way to have a business do well and have it reflect well on the entire street.” 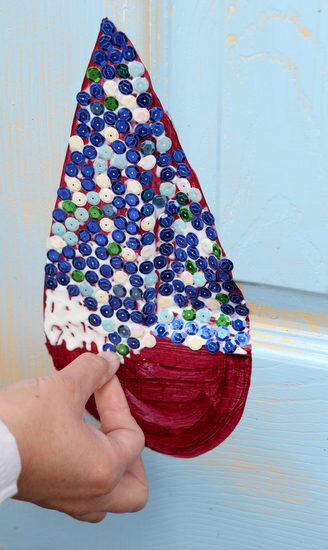 Annelies De Wulf helps Devin Meyers put sequins on rain drops on the mural. The piece will have 160 sequined rain drops when it is completed. (Sabree Hill, UptownMessenger.com)

The renaissance has had a positive effect on real estate in surrounding areas, said Barbara Alpaugh, a realtor for Latter and Blum Realtors.

“It is changing the property value immediately,” Alpaugh said. “There are houses that people would have previously been afraid to live that are now seeing interest. Newman and Lusher have helped develop foot traffic, which conveys safety, as well as interest in businesses on the corridor.”

For Patsy Gibbons, a longtime Freret neighborhood resident, these new businesses have made all the difference.

“This renaissance has just been amazing,” Gibbons said. “At one point there were abandoned properties everywhere on the street. Now, it’s hard to find one!”

Mintzer believes that Freret Street has become a model for development during tough times.

“I really believe Freret Street will become an important example of how to create commerce in turbulent economic times,” Mintzer said. “It’s refreshing to see this kind of grassroots and small business environment thriving on Freret. I can’t wait to see what happens next.” 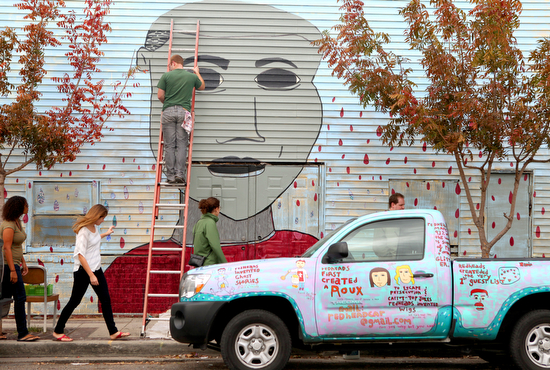 Patrick Rafferty is a junior majoring in journalism at Loyola University New Orleans and can be reached at ppraffer@loyno.edu. This article appears on UptownMessenger.com in partnership with the Beginning Reporting class taught by Loyola Maroon advisor Michael Giusti.