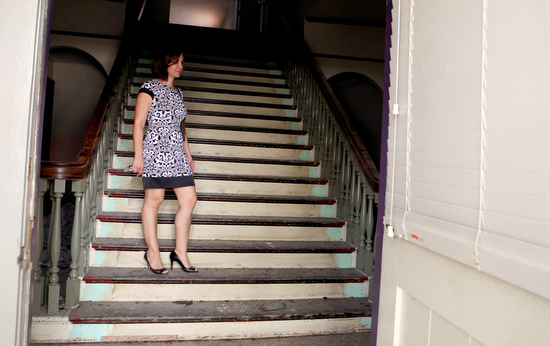 For six years, the brooding former funeral home on Magazine Street that served for nearly a decade as a recording studio for musician Trent Reznor has sat vacant. Now, its new owners are taking the first steps to give it new life as a mix of office and retail space, but are hampered by one of the most common obstacles to development in Uptown New Orleans: parking. 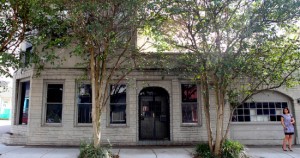 Called “Nothing Studios” during its tenure serving Nine Inch Nails and their labelmates, Reznor abandoned the building in 2004 when he moved away from New Orleans. Hurricane damage was minimal, but it remained unused until Feburary of 2010, when it was purchased by Metairie-based cosmetic surgeon Kamran Khoobehi for $900,000 from “Hot Snakes LLC” of Cleveland, its owner since 1995, property records show.

On Monday, Khoobehi’s wife, Jila, appeared before the Board of Zoning Adjustments to request permission to redevelop the building with only 16 available parking spaces, compared to the 59 that would technically be required for a building of its size. The plan, Khoobehi said, is to keep the two existing upstairs apartments on the Uptown end, convert the upstairs of the downtown side of the building into her husband’s office, and redevelop the first floor into retail space, though they have not begun recruiting tenants.

Because the building has 13 spaces grandfathered in, a waiver for 30 spaces is required. Much of the parking the building would provide is in a lot just across Jena Street that the Khoobehis own, but that nearby Courtyard Grill is currently using. In fact, the Courtyard Grill (which the Khoobehis also have partial ownership of) has a good-neighbor agreement with the surrounding neighborhood reserving use of the lot for the restaurant, an entanglement that zoning board member Robert Steeg found problematic.

“They’ve got a contract requiring the use of those spaces for one purpose, and if we pass this they’ll have a legal obligation to use them for another?” Steeg asks. “If push comes to shove, it’s the restaurant that loses.”

The shops the Khoobehis envision would mostly be open during the day, so they wouldn’t conflict with the restaurant traffic in the evening, Jila Khoobehi told the board. The board instructed her to revisit the restaurant’s good-neighbor agreement, however, so that the neighborhood is aware of the changes to the parking situation, and voted to defer its decision on her request until next month’s meeting.

“You would be getting a waiver of 30 spaces. That’s a ton,” Steeg said. “You could find yourself being sued by the neighborhood association.” 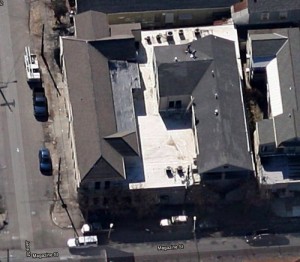 An aerial view of the former building, via Google Maps.

On Monday afternoon and again on Wednesday, on-street parking was readily available on Magazine along Laurence Square park and directly in front of the Khoobehi’s building, along Jena Street, and in the lot the Khoobehis own. Surrounded by a chain link fence and only accessible via an entrance the one-way side street, the lot mostly stays empty, said Katie White, a bartender across the street at Buddha Belly.

In general, parking in the block tends to be easy during the day, but harder at night, White said.

“Sometimes it’s easy, and sometimes it’s hard,” White said. “It’s bad around dinner time. From about 6 to 9, it can be kind of difficult, but otherwise I don’t have much trouble.”

The building itself has been almost entirely stripped inside. All of the electronics have been removed from the actual recording area, though the room retains heavy carpeting that mutes footfalls and dense soundproofing in the walls. Those improvements will remain after redevelopment, Khoobehi said during a tour of the structure Monday afternoon, because such a space could be valuable to a future tenant. 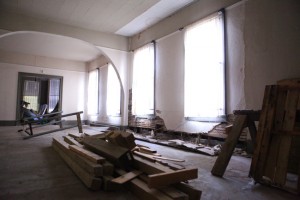 The interior of the building has been completely stripped, and is falling into disrepair. (Sabree Hill, UptownMessenger.com)

The building also still has the outside door that Reznor brought with him to New Orleans, a macabre memento of his previous recording studio in the Tate mansion where the Manson family murders took place. Otherwise, Nothing Studios bears few physical reminders of its previous occupancy, a discarded exercise machine in one room, a stack of old lockers in another. Khoobehi says that when her family bought the building, her children eagerly searched it for mementos, but found nothing.

Outside, the building’s exterior is beginning to crack, a sign of the neglect Khoobehi said she is eager to reverse.

“It’s becoming blight on the neighborhood. It’s been empty for so long, it’s just getting more and more decrepit,” Khoobehi said. “It’s just got space on top of space that’s not doing anybody any good right now.”