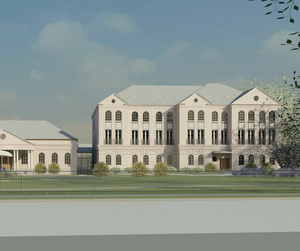 Plans for the addition of a new three-story building at the center of the historic Poydras Home retirement community were met with cautious acceptance Tuesday night by a group of neighbors who praised the building’s classic design but worried about parking for its new employees.

At the corner of Jefferson and Magazine for more than 150 years, Poydras Home currently serves 74 residents in four buildings, one for independent living, two for traditional assisted living, and a fourth for Alzheimer’s patients. The new building is designed to resemble the original three-story orphanage that was on the site until the 1950s, and would serve 33 more residents, a first floor for 11 dementia patients, and two upper floors for assisted living.

“I think they did a nice job,” Laurel Street resident Elizabeth Reade said after seeing the design. “It’s just, is there enough parking for the staff?”

The changes to the site will add parking to the current lot near Jefferson and create a new driveway with parking that leads to the central building, said Lawrence Adams of New Orleans-based Mathes Brierre Architects. The additional parking will meet the city’s requirements, Adams said.

Enough parking to accommodate employees and visitors was also the primary concern for Jeff Rouse, who lives directly across Jefferson from Poydras Home and has three small children.

“This has become a difficult neighborhood to park in with the increasing popularity of Magazine Street,” Rouse said. “But I’m reasonably assured by the statements, promises and intents that were given during the questions and answers tonight that it will be a positive net experience for the neighborhood.”

The Audubon-Riverside Neighborhood Association heard a presentation from Poydras Home officials last week, but the session was only for information and no action was taken, said association member Peggy Adams. 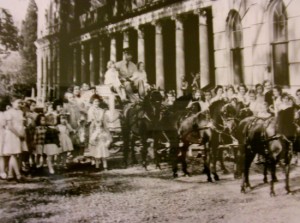 A photo of Poydras Home believed to have been taken during the Second World War.

Poydras Home officials hope to receive a conditional-use permit for the expansion from the city in the fall and begin construction in October, said CEO Jay Rivé Jr. Construction of the $14 million expansion is expected to take until the end of 2012.

Poydras Home was founded in 1817 at the intersection of Julia and St. Charles for the wives and children of men killed by yellow fever. The three-story orphanage at the current site was built in 1857, though the top two floors were removed in the 1950s.