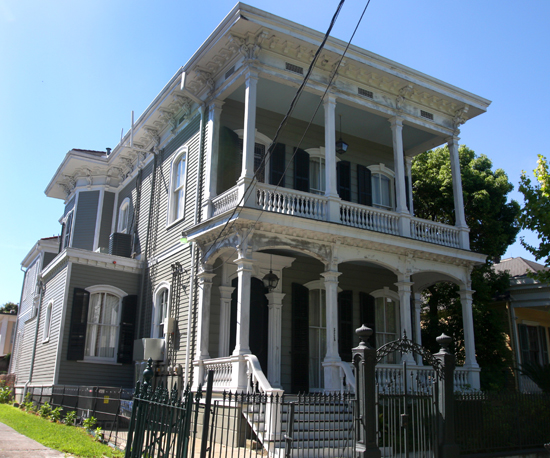 A proposed architect’s office and condo project on Magazine Street and the use of a St. Charles Avenue mansion as a classroom building for the Louise S. McGehee school both took a step forward with approval from the City Planning Commission this week.

The Magazine Street project will build an office and residential loft for Chenevert Architects at 1476 Magazine and four condominium-style apartments behind it along Race Street on a vacant parking lot that was once a gas station decades ago. The plan drew some opposition from nearby neighbors, but carried with it the enthusiastic approval of the surrounding Coliseum Square Association.

“We feel the archictecture office in this proposal is not going to generate a lot of traffic. It’s not going to be open late. We’re not going to have a problem like a bar or a restaurant might cause,” Coliseum Square Association President Frank Cole told the planning commission. “It’s going to be a very nice asset for the neighborhood.”

“There’s generally a fear that it could become something else much more intrusive,” Gault said.

“If we allow the B1A [zoning] to go foward and, for any reason, something was happen to this applicant, is there any way to have it zoned back down?” Cole asked. “Or once it’s locked in, is it locked in permanently as the higher zoning?”

City officials responded that the zoning stays with the property, no matter who the owner is. 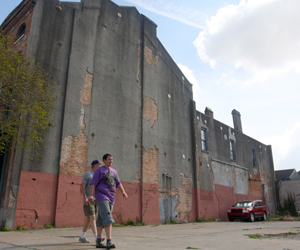 Developer Chuck Rutledge said after the meeting that the project will consume less on-street parking than the plans currently filed with the city show. The initial plan for the condos was for each to have its own garage off of Race Street, but both the Coliseum Square Association and the city Architectural Review Commission objected to the idea. The architects are now reconfiguring the site so that a single driveway off of Race Street will lead to four individual parking spaces in the rear of the building.

“As far as losing the surface parking lot, my partner and I are probably remiss in letting people park there for free for the last five years anyway, and not fencing it off,” Rutledge told the commissioners.

The McGehee School request was for permission to use a mansion at 2328 St. Charles Avenue as a classroom building. The school does not plan on adding any more students or faculty members, but simply to create more space for middle-school science labs, said Eileen Powers, headmistress of McGehee.

“Teaching in this day and age is much more than a classroom with rows and columns. We teach differently and we learn differently in this technological age, so it requires more space for our girls,” Powers said. “They will have the opportunity to study in an architecturally beautiful part of the campus.”

The lot is situated on a block bounded by St. Charles, Prytania, First and Phillip that is already taken up by most of the school, said attorney and school board member Justin Schmidt, and officials would only be interested in spreading out within that block, not expanding beyond it. In fact, he said, the school bylaws prohibit more than 560 students already, and the school is already very near that population now.

“That is our niche. That is what we do best,” Schmidt said. “As a board member, I can tell you that’s something we’re comfortable with, and we don’t want to get beyond that.”

With very little discussion of either issue, all eight members of the city planning commission present voted in favor of both the Magazine project and the school expansion. (See video of the meeting here.)