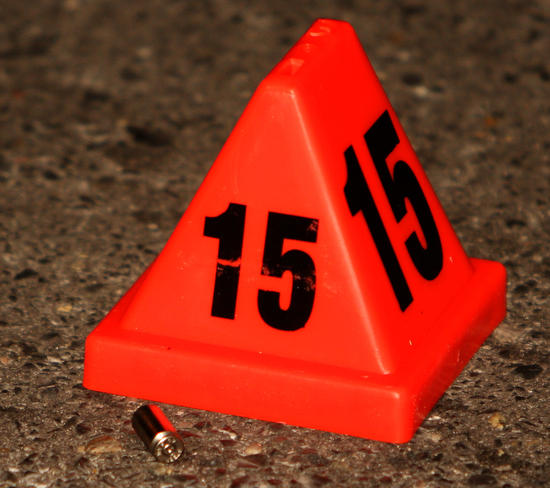 Spent casings are marked from an October shooting in the Milan neighborhood.

A 27-year-old man was gunned down early Friday morning in the Milan neighborhood, only six blocks away from the site of a previous shooting death earlier this week.

The victim, whose name has not yet been released, was found shortly after 4 a.m. Friday lying in the road near the intersection of Delachaise and South Liberty streets, suffering from multiple gunshot wounds, according to a NOPD news release. Paramedics pronounced him dead at the scene.

On Sunday evening, a 42-year-old man was killed and a 28-year-old was wounded in a shooting only a few blocks away in the 3700 block of Willow Street, both with multiple gunshot wounds as well. the NOPD said. The man killed in that case was later identified as Jose Alberto Suazo and the other victim required emergency surgery, The Times-Picayune reported.

No suspect has been identified and no motive has been described in either case. The victim in Friday’s case, a registered sex offender, had been arrested in 2002 and 2008 on charges of crime against nature, in 1999 and 2010 for possession of marijuana, and once last year for attempted burglary, police said. No records are listed in Orleans Parish for Suazo.

Some Milan residents began organizing late last year to try to combat crime in the neighborhood, seeking unsuccessfully to make up for the lack of streetlights by keeping on all night the court lights at the Atkinson-Stern Tennis Center (only a few blocks from Friday’s shooting site). They also hosted an anti-crime march in January that Second District police said was the best attended the district has seen.

Anyone with information in either case should call CrimeStoppers at 822-1111 or the city Homicide Division at 658-5300.